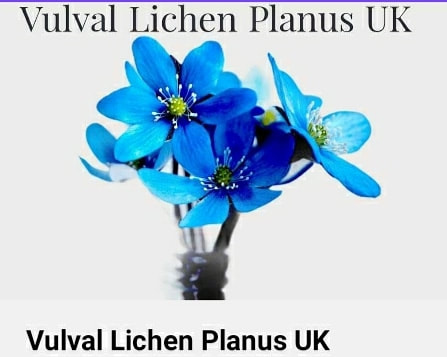 Lichen planus (LP) is a disease of the skin caused by inflammation. Vulval lichen planus occurs most commonly in women 50-60 years old. It can affect the genital area including both the vulva and the vagina. The most common symptoms are burning and soreness. Some women describe itching as well. Lichen planus causes a rash of small purplish bumps. It can affect the mouth (oral disease) with a whitish eruption or ulcers. It is possible to have the disease in one area without ever having a problem elsewhere. Many patients with vulval LP have LP in the mouth as well and sometimes on the skin.

Soreness, burning and rawness are very common symptoms. Less commonly there may be itching. If the outer layers of the skin break down (erosions), these areas appear moist and red. There may be a white lacy pattern on the vulva. This pattern can also be seen around the edges of the erosions. The vulva may appear pale white or pink/red. Scarring with loss of the inner lips (labia minora) may be seen. The clitoris may be buried under scar tissue. There may be shiny, red, raw areas. Intercourse can be painful if the vagina is involved or there is scar tissue narrowing the entrance of the vagina. Erosions can occur inside the vagina in a patchy or generalized pattern. Some women have a sticky, yellow or yellow-green discharge, which can be bloodstained, especially after intercourse. The vaginal entrance may become smaller if the inner walls of the vagina or the skin around the entrance stick together when it heals. This is one reason why intercourse can be painful or even impossible. Sometimes it is difficult for a doctor to perform an internal examination.On rare occasions, the skin may have thickened patches. The spots are a purple color and you may see some fine white streaks on the top of the spots.

​As the activity of the immune system is increased in LP, the treatments aim to slow it down and also to reduce inflammation.The usual treatment for LP is a strong topical steroid also known as cortisone. The ointment form (petrolatum like) is generally used rather than the cream (white). This strong cortisone is very safe to use in this condition, and it is safe to use 30 grams in 3 months. This is used once a day for about a month and then on alternate days for a month then twice a week continuos as maintenance. Start again when a flare up occurs. Occasionally, ointments containing calcineurin inhibitors are used (tacrolimus, pimecrolimus). These are treatments that are used to treat other types of inflammation on the skin such as eczema. These will help some people but may sting when they are first applied. If the vagina is involved, then a vaginal preparation containing cortisone can be inserted into the vagina. For scarring and narrowing of the vagina and/or the entrance into the vagina, physiotherapy of the pelvic floor or dilators are advised. Only rarely is surgery needed. If the ointments do not control the inflammation, then cortisone tablets taken orally or some types of cortisone injection can be helpful. Medication to lower the overactive immune system may be needed. Examples of these are methotrexate or ciclosporin (Cyclosporine) or mycophenolate mofetil. These are medications that require blood tests to monitor their side-effects and this will all be discussed with you if you require them. Women on cortisone can have a safe pregnancy. However, it is very important that you do not become pregnant if you are taking any of the other drugs discussed above, as they can be harmful to the baby.

As LP is a long lasting inflammatory skin condition, there is an increased risk of developing vulval cancer in the area compared to women without LP. The risk is about 3%. Any new raised, bleeding or non-healing areas in your genital area should be reported to your healthcare provider. It is important that your LP is monitored and that you attend for follow-up visits with your healthcare provider at least once per year

​Erosive lichen planus most often affects people in their 40s to 70s. It is at least twice as common in women than in men.

​The cause or causes of erosive lichen planus are unknown. It is considered an autoimmune disease, where immune cells called T-lymphocytes attack the epidermal cells of affected areas.
​Occasionally, it is drug-induced and will resolve on withdrawal of the responsible drug.In women, erosive lichen planus affects the labia minora (inner lips) and introitus (entrance to the vagina). The affected mucosa is bright red and raw. Erosive lichen planus can be very painful, stinging when passing urine and preventing sexual intercourse. It is one cause of vulvodynia (burning discomfort of the vulva). Erosive lichen planus may also result in very severe itch.The clitoral hood may disappear, and the labia minora can shrink and stick to each other or to the labia majora (the outer lips). It can also scar, closing over the vagina.
Sometimes erosive lichen planus affects deep within the vagina where it causes inflammation and superficial ulceration (desquamative vaginitis). The surface cells in the vagina peel off and cause a mucky discharge. The eroded vagina may bleed easily on contact.

​Surgical release of vulval and vaginal adhesions and scarring from lichen planus may occasionally be performed to reduce urination difficulties and allow intercourse. Procedures may include:Other treatments that have been tried include photodynamic therapy and focused ultrasound therapy.